One of the next half dozen projects, a 1942 Ford with a Marmon-Herrington 4 x 4 conversion and a SnoGo blower on the front. Purchased in 2000 but just delivered, this is a heavy (6 ton) and complex piece of material. Most of it is in excellent condition, but the British replacement Ford V8 is cracked externally and internally so it's for pulling and binning. This is one of two known survivors of a batch of about 80 bought by Uncle Sam and lend-leased to the RAF, some magazine articles show one as delivered still with a USA number on it.

The photographs below show the truck; as bought, being delivered, with the blower head on the truck (for the first time in thirty years), left and right views of the IH stationary engine, factory shot of the '41 version of the same thing (grille trim and headlights different). 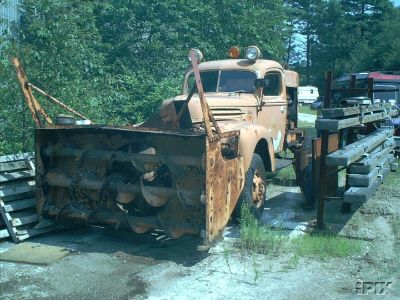 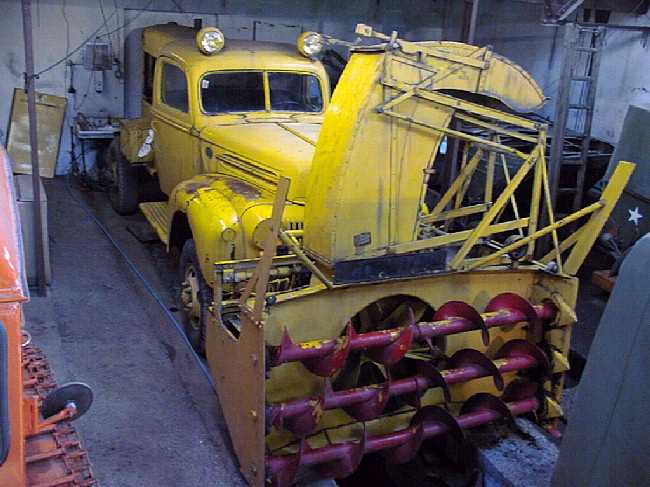 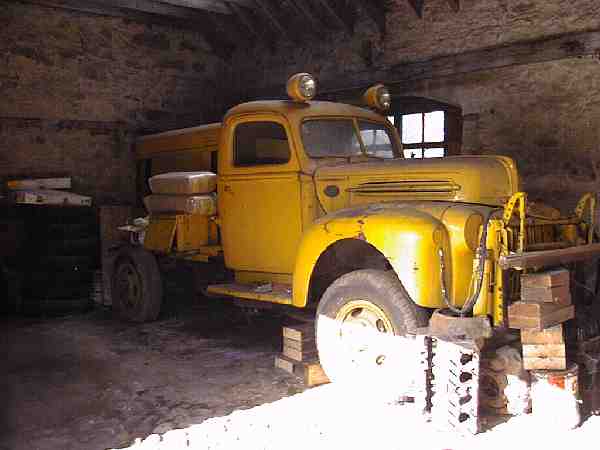 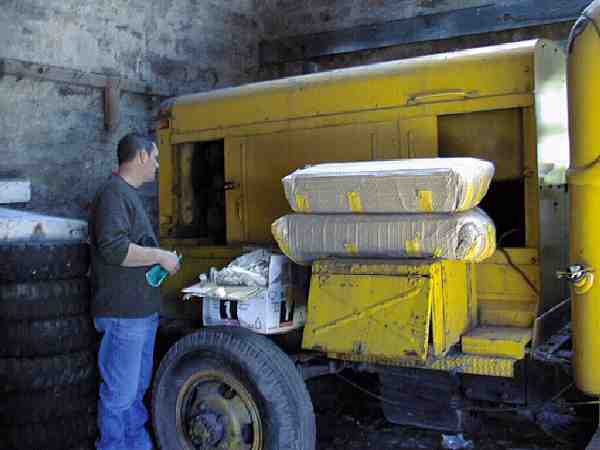 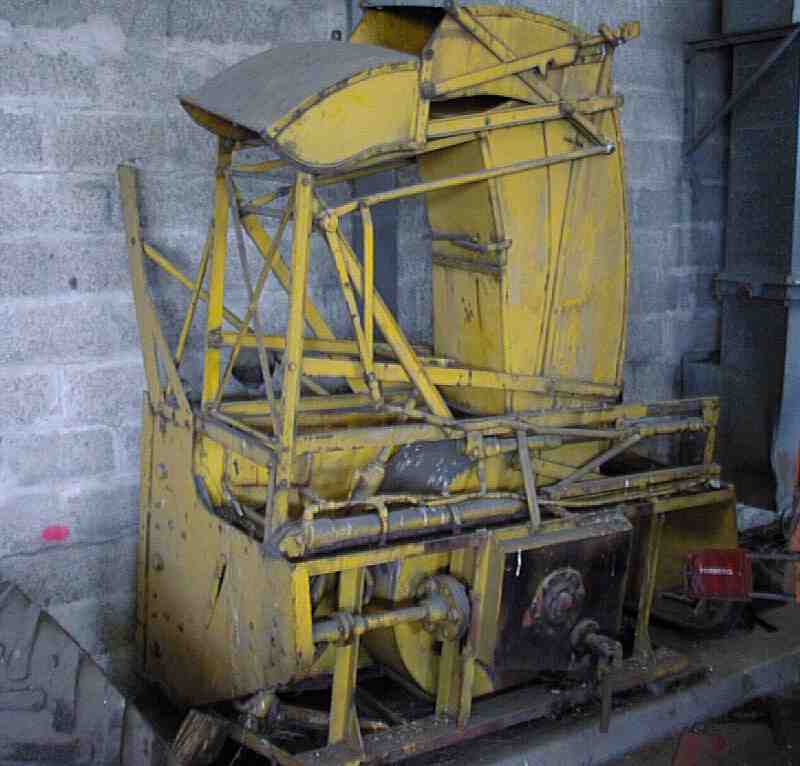 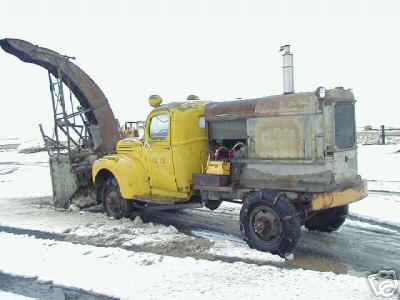 Known problems include the cracked V8, all eight hydraulic hoses being perished, three hydraulic cylinders needing severe attention for rusty rams, including one very expensive looking shuttle ram, missing bottom braces and brackets for the blower unit, and a half-coupling missing from the blower drive shaft. Apart from that, as they say, it's in very nice order, and from the look of it it's done next to nothing, probably only worked the one severe winter ('48 - '49) since it got to the UK.

Back to Gordon's vehicle pages